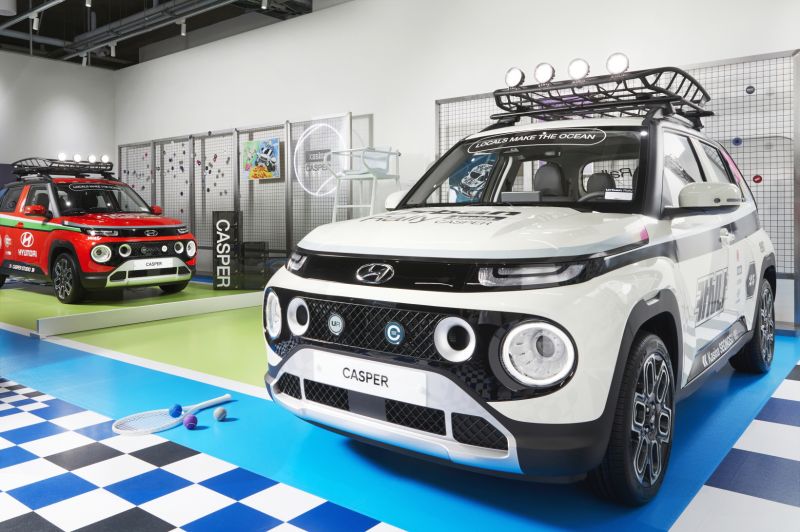 Casper Studio Seongsu is a pop-up store-type exhibition space designed to allow customers to experience Casper, which has created a new boom in the domestic entry SUV market, and will run for about a month from the 30th to the 28th of next month.

In addition, it will create a pop-up store exhibition space and works with famous Korean artists such as Jo Dae, Lee Hae-gang, Old Shoess, and MAWZ to show off the charm of the entry SUV Casper, which is both practical and trendy.

In particular, “Cashina,” which will be collaborating this time, has established itself as a leading brand in Korean street culture, starting with a skateboard store in Haeundae, Busan in 1997, and introducing a method of selling sneakers by lottery for the first time.

Hyundai Motor, which launched Casper in September last year and introduced the first online purchase method of a domestic car brand, plans to convey the value of the two brands that constantly try to be new to customers and provide sophisticated sensibility and differentiated content through the renewal.

The two specially produced shokas are represented by a rally across the city center, and the Seongsu edition, which expresses the freedom and diversity of Seongsu, is displayed at the Casper Studio Seongsu, while the Busan Motor Show commemorative edition, which contains the local identity of Casina, emphasized the collaboration of the two brands.

Customers can meet the customized accessories production service “Hyundai by Me,” which was launched in late June, and buy limited edition tennis motif goods that are popular among the MZ generation, including warm-up tops, shorts, hats, headbands, wrist guards, and chubs, which are created by adding Casper’s iconographic image and Casina’s sensibility.

An official from Hyundai Motor said, “I wanted to show you the joy I could feel in my own lifestyle with Casina’s street mood,” adding, “I hope many customers will enjoy a rich and unique car life with Casper.”